A bio-diverse region spread across 2,132 square kilometers on the lofty Western Ghats, Wayanad is one of the few districts in Kerala that has been able to retain its pristine nature. Hidden away in the hills of this land are some of the oldest tribes, as yet untouched by civilization. And the very first prehistoric engravings in Kerala discovered in the foothills of Edakkal and around Ambukuthimala bear testimony to a pre-historic culture dating back to the Mesolithic Age. Strikingly scenic, it is known for its sub-tropical savannahs, picturesque hill stations, sprawling spice plantations, luxuriant forests and rich cultural traditions. A holistic confluence of wilderness, history and culture, Wayanad is located on the southern tip of the magnificent Deccan plateau.
Telephone Access Code: +91 4936
Altitude: 700 - 2100 m Above sea level
Area: 2132 sq. km
Population: 780,619 (2011 census) 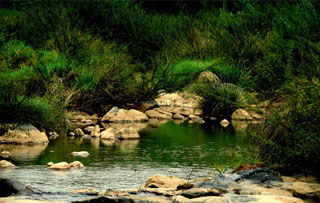 Located about 14 km east of Mananthavady in the northern district of Wayanad, Kuruvadweep is a group of islets forming 950 acres of evergreen forest. These islets are located in one of the tributaries of the River Kabani, which is close to the border with the State of Karnataka. 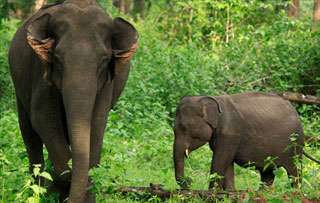 Tholpetty Wildlife Sanctuary or Wayanad Wildlife sanctuary in Wayanad, Kerala, has a wide variety of animals. Visitors are restricted to the outer tourist zone. The sanctuary is located 20 km east of Mananthavady, 13 km from Thirunelly on the Kodagu Road. 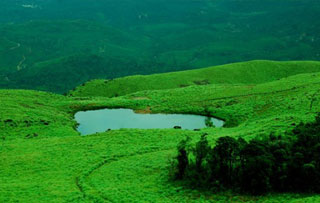 Hike up the rugged terrains of the Chembra Peak located 2,100 metres above sea level on the southern part of Wayanad. Chembra is the tallest peak in Wayanad and is an ideal area for trekking. There is a heart shaped lake on the way to the top of the peak, which is believed to have never dried up, 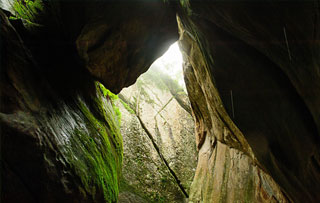 What kind of people were our ancestors? What kind of lives did they lead? Often, the paths leading to the answers to these questions are as fascinating as the answers themselves. If you would like to walk a little way along one such wonderful path of discovery, one good place to visit would be the Edakkal caves 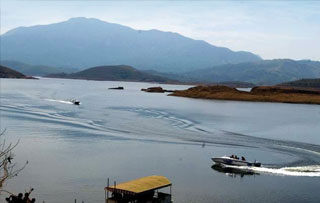 The picturesque Banasura Sagar Dam is the largest earthern dam in India and the second largest in Asia. Located in the midst of lovely, mist-clad hills with a wildlife sanctuary and park full of flowering trees, 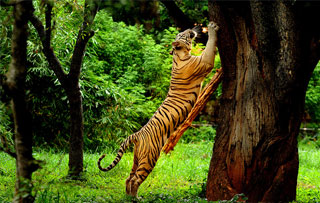 Established in 1973, Muthanga Wildlife sanctuary is contiguous to the protected area network of Nagarhole and Bandipur of Karnataka on the northeast and Mudumalai of Tamil Nadu . 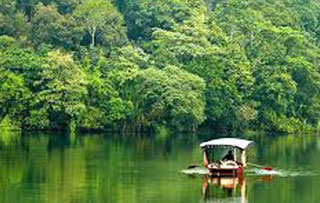 Pookot Lake, nestled in the lap of mountains, is one of the perfect destinations that any nature-tourist longs to visit. It is vast with an area of 8.5 hectares and with a maximum depth of 6.5 metres. 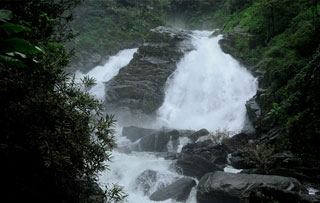 Sentinel Rock Waterfalls is located in Wayanad district of Kerala. Locally known as Soochipara (needle rock) waterfalls, the pool at the foot of the falls is ideal for a quick dip. 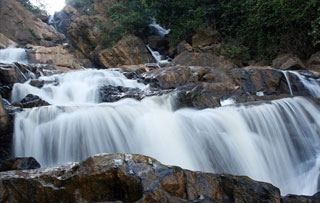 An interesting 2 km jungle trek will lead to the largest and most spectacular waterfall in Wayanad - Meenmutty Waterfalls. A unique feature of Meenmutty waterfalls is that the water drops from nearly 1000 ft over three stages, presenting a triple-decker effect. 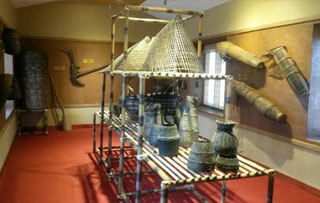 The Ambalavayal Heritage Museum, the archaeological museum in Wayanad, has one of Kerala's largest collections of the remnants of an era dating back to the 2nd century A.D. The exhibits here are evidences of an advanced civilisation 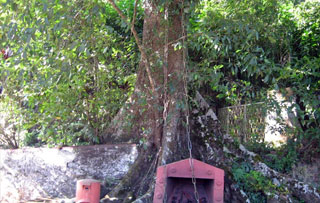 You can see monkeys frolicking through the roadside and once you start travelling through the road to Vythiri, you will see a ficus tree on the left side. You will also notice a heavy chain anchored to the ground and tied around the stout branches of the tree. 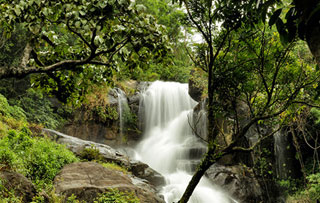 Chethalayam Falls is one of Wayanad�s lesser known seasonal waterfalls. Though it tends to dry up during summer, it is a lovely place to visit and trekking enthusiasts will have an enjoyable time climbing up the rocks to the waterfall.Nearest railway station: Kozhikode, 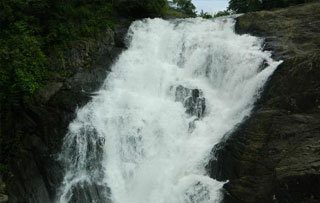 A beautiful waterfall situated about 22 km away from Kalpetta. Smaller than the Sentinel Rock waterfalls, the Kanthanpara Falls and its surroundings make an ideal picnic spot in Wayanad. 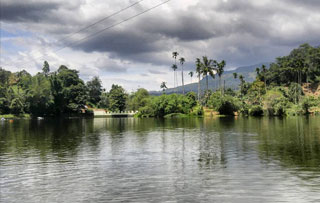 Karalad Lake is situated in Thariode, about 16 km from Kalpetta and it is the second largest freshwater lake in Kerala. It is an ideal location for tourists who are looking for quiet and peaceful destinations. 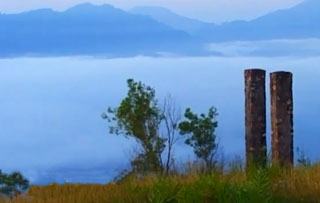 Pakshipathalam in Wayanad district of Kerala, is located 7 km northeast of Thirunelli , which is about 32 km from Mananthavady, and about 66 km from Kalpetta. It is situated at an altitude of 1740m above sea level. 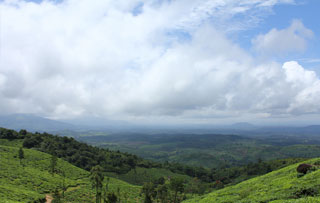 The lush greenery of the hills, gorges and streams seen on both sides of the passage up the hill are sure to linger in the visitors� mind for a long time. Tourists often stop by Lakkidi View Point, the vantage point .