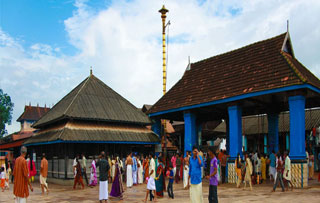 The temple of Chottanikkara is a living legend shrowned in magnificent mythology and awe-inspiring truth. Its historical appeal and traditional influence on generations of people is tremendous. 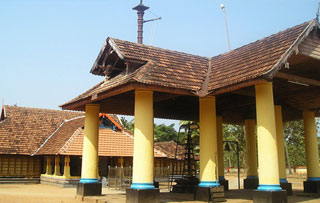 Thrikkakara Temple is one of the few temples in India dedicated to Lord Vamana the fifth incarnation of Lord Vishnu. The name Thrikkakkara means the holy place where Lord placed His foot. 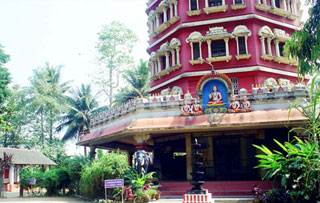 The Adishankara Janmabhoomi Temple was built in the year 1910 by the 33rd swami of the Sringeri Ashram, Sachithanda Shivabhinava Narasimha Swamikal with the help of the Sree Moolam Thirunal. 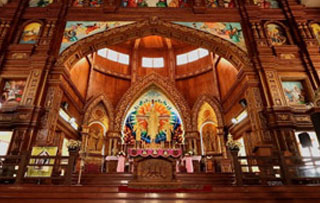 Believers carrying large crosses up a hill are common sights on a voyage to the Hill Shrine at Malayattoor where people offer their pain and suffering to God, in hopes of forgiveness and peace. It is believed that St. Thomas, 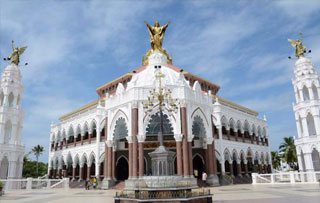 The St. George Forane Church, one of the oldest Roman Catholic Churches in the State. The church, popularly known as Edappally Pally, was a small structure at the time of its construction in 594 AD. 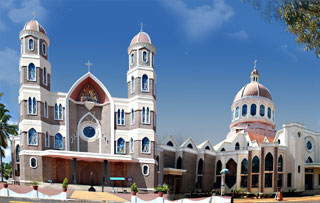 Angamaly- the origin of St Thomas Syrian Christians in Malabar (Kerala) is now spiritually progressing by convincing and retrieving its lost antiquity. In the sangam period itself, there were Archdecons (means head of community) 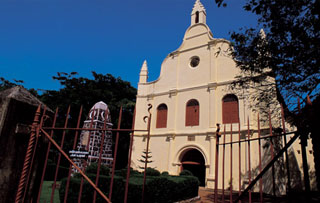 The St. Francis Church, well-known for its beautiful structural design and ambience, has an important place in history. It is here that the famous explorer, Vasco-da-Gama, was originally buried. His remains would be taken back 14 years 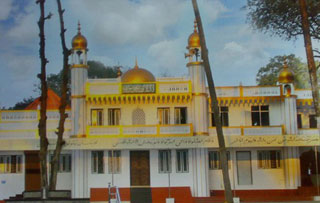 Kanjiramattom is known for Sheikh Fareedudheen mosque and Maqubarah built as memorial to Sheikh Fareedudheen, who is also known as Baba Fareed, Baba Gunju Shakkar [RA] who was born at Kuthoodar – Chawli Mashaikh of then Afghanistan