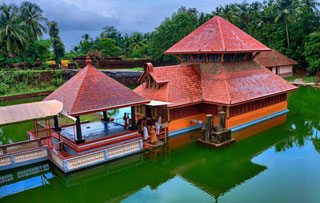 Ananthapura Lake Temple is an attractive ancient ninth century Hindu temple situated in the middle of a lake in Kasaragod district and dedicated to lord Vishnu. Situated five kilometers away from Kumbala, on a remote rocky hill in a calm isolated region 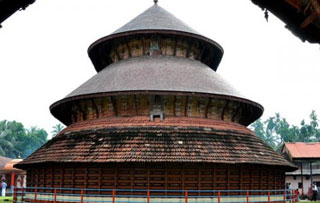 The Madhur Ganapathy Temple is another major pilgrim attraction in Kasaragod. It is situated in a picturesque landscape eight km north-east of Kasaragod. The temple’s architecture is magnetic enough to hold the attention of any travellers. 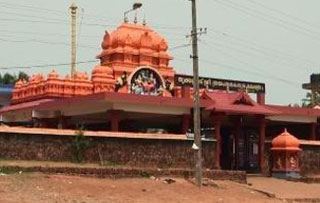 Called the 'Dakshina Kashi', lying on the shores of the mesmerising Arabian Sea, and constantly drawing in people in the thousands, the Thrikkannad Shiva Temple is easily among the most holiest sites in God's Own Country. Dedicated to Lord Shiva, 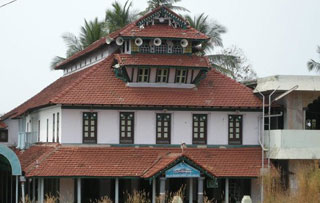 The historic Malik Dinar Juma Masjid, constructed in the iconic Kerala style, is said to have been built by and named after the man who is credited with bringing Islam to India. Over 1500 years ago, Malik Ibn Deenar and 12 associates landed in Kerala to trade and spread the message and teachings of Islam.