Parassinikadavu Sri Muthappan Temple or Parassini Madappura Sree Muthappan Temple, which lies on the banks of the Valapattanam River, attracts people from all sections of the society; irrespective of religion or caste to the district of Kannur. 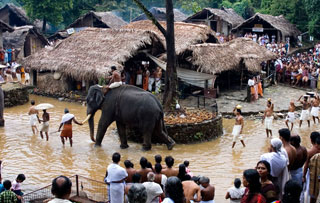 Temple is known as the ‘Varanasi of the South. There are, actually, two Shiva temples here – the Akkare Kottiyoor and the Ikkare Kottiyoor, located on two sides of River Bavali. Both of them can be reached only by journeying through dense forests. 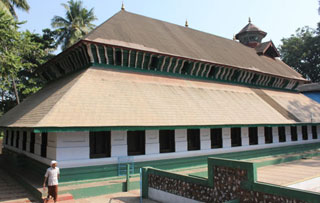 The Odathil Palli Mosque is a 500-year-old mosque located near the old bus stand in Thalassery, Kannur district of Kerala. Situated at the heart of Thalassery, this mosque was built by an Arab merchant in a typical Kerala Hindu temple style. 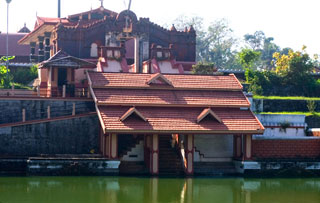 The Sree Rama Swami Temple, about 23 kilometres from Kannur, is dedicated to Lord Rama. Legend has it that Sage Parasurama, who is said to have reclaimed Kerala from the Arabian Sea, created the temple. The temple connoisseur’s delight

The Jagannath temple near Thalassery was constructed by the great social reformer, Sree Narayana Guru, in 1908. Non-Brahmins perform the pooja and rituals here. 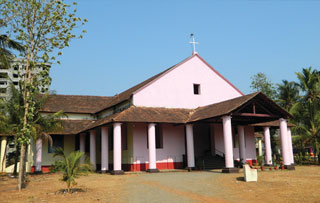 The St. John's Anglican Church, near Thalassery Fort, was built by Mr Edward Brennan in 1869. He was the Master Attendant at Thalassery during the British rule. 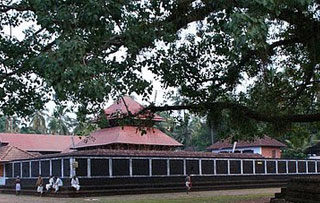 It is believed to have been built in the 10th century. The two-storied sanctum sanctorum houses the idol of a child Krishna, triumphant in the annihilation of Kamsa. 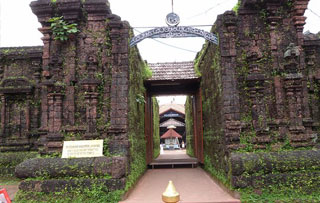 The Rajarajeshawara temple, also near Taliparamba, is one of the important Shiva temples of the region. The massive boundary walls and the two-tiered pyramidal roof