World renowned for its coir and handloom industries, Kasaragod, the northernmost district of Kerala has a 293 kilometre long coastline. This tranquil place is famous as the land of gods, sea-kissed forts, majestic hills, rivers and delightful beaches. Rich in history, Kasaragod is home to the largest and best preserved fort in the State - Bekal. The historic Malik Deenar Juma Masjid and the unique Madhur Mahaganapathy Temple display a variety of styles in traditional architecture. Strategically located on the banks of the Payaswini River, this yesteryear port town of the Kolathiri Rajas abounds in myths and legends and exudes a magical charm with its spectacular art forms of Theyyam, Yakshagana, Poorakkali, Kolkali etc.
Telephone Access Code: +91 4994
Altitude: Sea level
Area: 1961 sq. km
Population: 1,204,078 (2011 census) 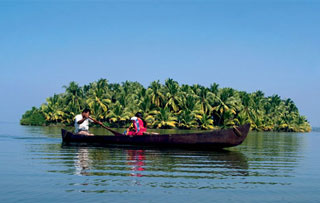 Located 30 km from Bekal, Valiyaparamba in Kasaragod district of Kerala, is perhaps the most scenic backwater stretch in the state. Fed by four rivers and dotted with numerous little islands, Valiyaparamba is fast turning into a much favoured backwater resort that offers enchanting boat cruises. 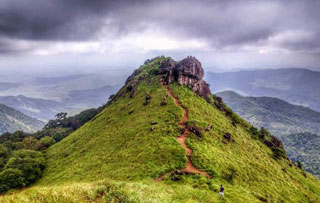 Situated 750 m above sea level, Ranipuram is famous for its trekking trails and varied vegetation - evergreen shola woods, monsoon forests and grasslands. This area was formerly known as Madathumala. The extensive forests of Madathumala merge with the forests of Karnataka. 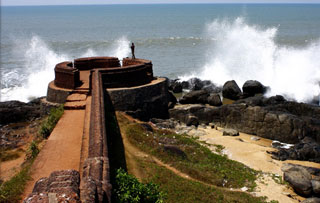 The 300-year-old Bekal Fort, shaped like a giant key-hole, is one of the largest and best-preserved forts in Kerala. Surrounded by a splendid beach, the historic Bekal Fort offers a superb view of the Arabian Sea from its tall observation towers, where a few centuries ago huge cannons used to be placed. 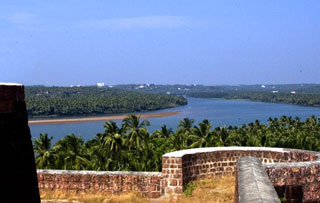 Situated near the confluence of the Payaswini River and the Arabian Sea, the Chandragiri Village is known for its large 17th century fort built by Sivappa Naik of Bedanore. The Chandragiri Fort, one among a chain of forts built by the same ruler, perched atop a hill is in ruins now. Chandragiri is situated 4 km from Bekal. 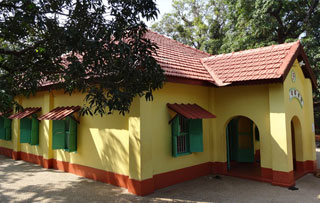 Anandashram is an internationally renowned spiritual centre founded by Swami Ramdas in 1931 at Kanhangad in Kasaragod district. The centre offers a quiet, peaceful ambience suited for meditation and spiritual studies. 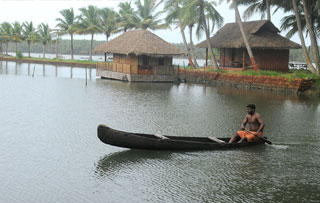 Much of the popular backwater attractions of Kerala are located in the southern and central parts of the State. Contrary to this belief, here is a serene backwater network in the northern most district of Kerala - Kasaragod. 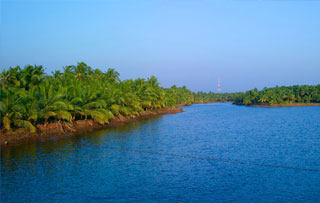 Nileswaram, once the cultural centre of Kasaragod District, this place is home to the Nileshwar Rajas, said to have come from Kozhikode nearly 600 years ago. Their palaces showcase the fine architecture and spectacular woodwork of the times. 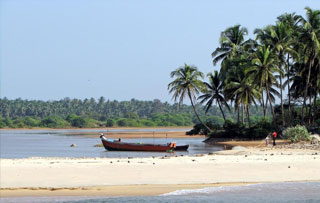 A number of temples and fifteen mosques make this cashew growing town, Manjeswaram, a prominent pilgrim centre. Located in Kasaragod district, the place has a memorial of the late Govinda Pai, the grand patriarch of Kannada 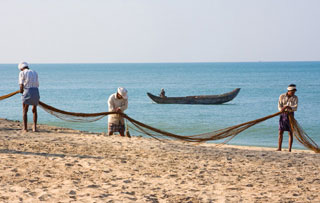 For those who prefer Thoreau to Harold Robbins, the secluded and relatively unexplored Kappil Beach should prove idyllic. Remote and secluded, this beach is fast becoming a major tourist attraction. 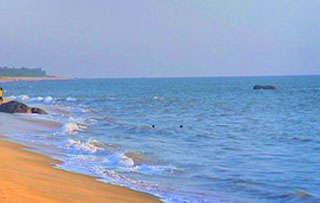 Near Nileshwaram in Kasaragod district of Kerala, the Thaikadappuram beach is famous for the rare Olive Ridley Turtles that visit during the rainy season to lay eggs. 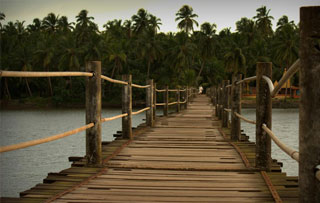 At Kottappuram, one can go for a refreshing stroll alongside the vast backwater stretches or can enjoy an exhilarating sun set in the evening. Or else, ride a country boat, try your fishing skills, 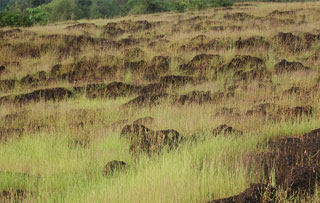 The hillock of Posadi Gumpe, which stands 1060 feet high above sea level, is situated east of Manjeswaram and 15 kilometres south of Bekal. The hilltop offers a view of the Arabian Sea, 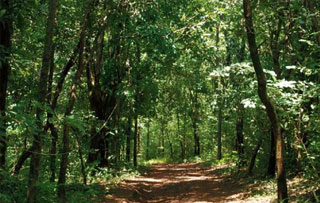 The village of Puliyamkulam is about 35 km from Bekal. The village shot into fame due to the efforts of one man, P. Abdul Kareem. Kareem, who was a travel agent, converted the wastelands of his village to areas of fertile greenery. 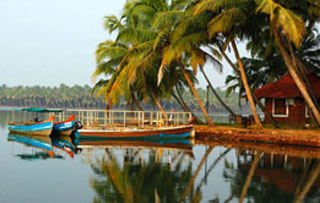 Ummichipoyil, located on laterite hill top of Karinthalam village of Hosdurg Taluk, is the rock cut caves called Muniyaras dating back to 2000 years. From here the archaeological department has excavated potteries that belong to Megalithic Age. 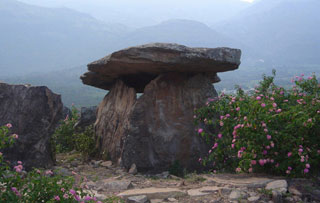 Pandiyan Kallu would be an ideal spot. This rock sprouting from the sea is 2 km from Trikkanad temple. The rock derived its name from a legend. The legend has it that the rock was originally a ship belonging to a pandya king. 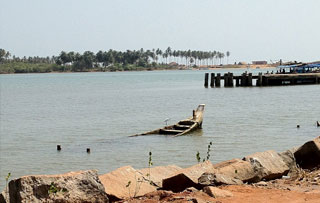 Thalankara, a quiet suburb of Kasaragod rose to international fame because of the caps (Thalankara Thoppi - the traditional Muslim cap) made here. These flat round caps, with intricate designs woven out of gold threads on its side bands,