The cradle of many a colourful folk art form like Theyyam, Kannur is said to be the ancient port of Naura, from whose shores King Solomon�s ships collected timber to build the great temple of Jerusalem. Known even to the Greeks, Romans and the Arabs, Kannur�s trade links goes back a long way. Acclaimed by celebrated traveller Marco Polo as the great emporium of the spice trade, this nature-rich land has been a key contributor to the cultural, religious, political and industrial heritage of the State. Bounded by the Western Ghats in the east and the Lakshadweep Sea in the west, Kannur showcases its remarkable history in the ancient forts, old shrines and august cultural and educational institutions that dot its scenic landscape.
Telephone Access Code: +91 497
Altitude: Sea level
Area: 2997 sq. km
Population: 2,408,956 (2011 census) 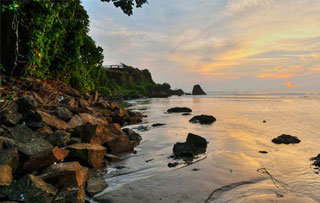 Quiet, secluded, this beautiful stretch of sand and surf is the best locale for a relaxed evening. The Payyambalam beach is a popular picnic spot of the local people and holds much potential for development into a tourist resort. 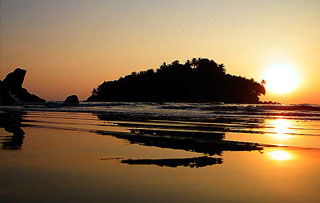 Dharmadom Island is an uninhabited island covered with coconut palms and dense bushes sits beyond the confluence of Anjarakandy and Thalassery rivers. It is just 100 metres from the sandy beach of Dharmadom. island at low tide. 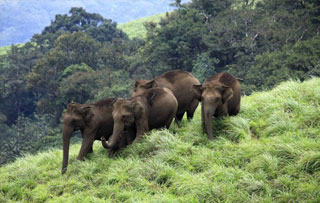 The Aralam Wildlife Sanctuary is spread over 55 sq km of undulating forested highlands on the slopes of the Western Ghats. The highest peak here - Katti Betta - rises to a majestic 1145 m above sea level. 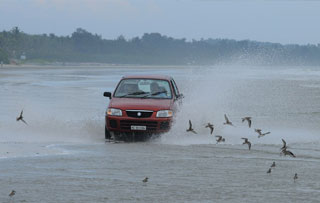 Kerala�s only drive-in beach, the Muzhappilangad beach which stretches across four kilometres of sand where one can drive down the entire length. The drive is ideal for sampling the famed Malabar cuisine 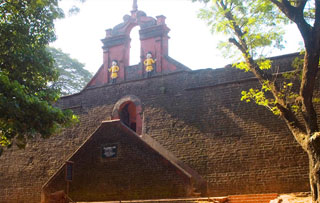 22 km from the land of the exotic art form of theyyam in the Northern district of Kannur is the small town of Thalassery. In this town stands an imposing historical monument - the Thalassery Fort. 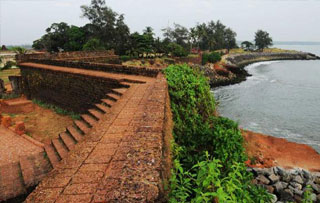 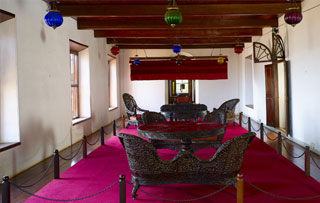 Arakkal Kettu was the residence of the former Arakkal Ali Rajas, the only Muslim royal family of Kerala. Protected by the Archaeological and Tourism Department, 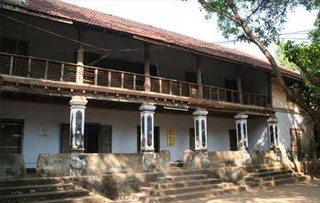 Chirakkal, about six kilometres north of Kannur town, was once the capital of the local rulers and a known centre of folk arts and culture. In recognition of the place�s importance as a cultural centre, 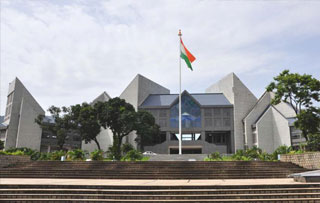 Ezhimala is a hillock, which is 286 m high, rises above the beautiful beach here. Carved stone pillars and an ancient burial chamber can be seen at the foot of the hills. The hills are well known for its rare medicinal herbs. 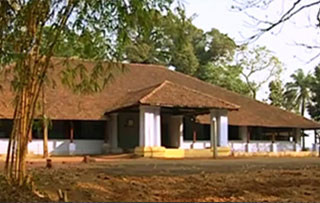 Gundert Bungalow was the home of the German missionary, scholar and lexicographer, Dr. Herman Gundert, who has given invaluable contributions to the Malayalam language. Dr. Gundert stayed at the bungalow, at Illikkunnu, Thalassery 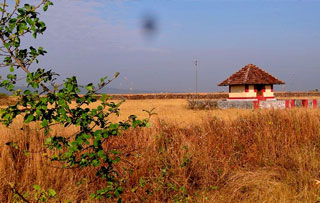 Madayipara,a laterite hill, located at Pazhayangadi in Kannur District, which would soon get its due share of attention as a center of tourist attraction. Madayipara or Madayi para is a place worth visiting,especially for those 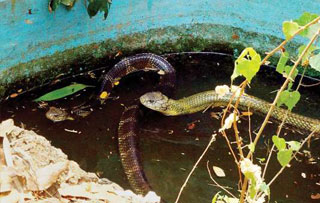 Parassinikadavu, the small village lying at a distance of about 18 km from Kannur town is a popular tourist destination, known for its Muthappan Temple and the Snake Park. The District Tourism Promotion Council has arranged boating facilities. 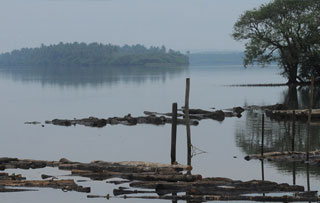 Kannur is that part of the legendary Malabar Coast where King Solomon's ships anchored to collect timber to build the 'Temple of the Lord' and to secure most needed spices. 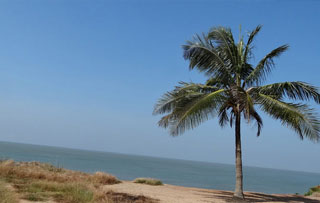 Meenkunnu beach, about 10 km from Kannur town, is located in Azhikode. An uncrowded, the beach is a tourists' paradise, with golden sand and surf.

Formerly a part of Kerala, it is today a union territory. The picturesque little town with a French flavour, originally called Mayyazhi, was renamed Mahe after the Frenchman 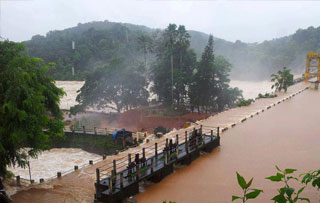 An ideal retreat for tourists, the Pazhassi Dam is located 37 km east of Kannur district in Kerala. The dam site is famous for its scenic beauty. The DTPC provides boating facilities